What Does a Biden Presidency Mean for the Markets? 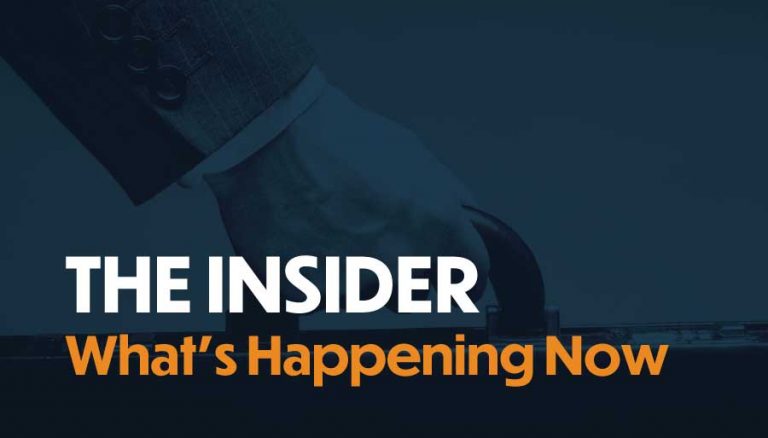 With the election behind us, it’s clear that we’re still very much divided as a country. With a new president-elect chosen, we’ll focus on one question so many of you are considering: What does a Biden presidency mean for the markets and our investments?

For starters, no one really knows, at least not in the short-term. Over the long-term, however, the market will trend based on current and expected future earnings of the companies that comprise the markets. If expected current and future profits for a company can be seen with more clarity, then stock prices are likely to get a boost. Sometimes political shifts can create regulatory changes that make it more difficult to forecast businesses as clearly as we’d like. But when political futures come back into focus, we can get back to the business of forecasting businesses based on fundamentals. A new administration creates the potential for a shift in the regulatory environment, and thus we must carefully consider the policies most likely to alter the earnings power for companies we own.

With all of this in mind, how do we respond to a new administration, as investors? If we anticipate new policies that may impede a company’s ability to meet our clients’ long-term growth or income needs, then we’ll simply replace that company’s stock with one that offers a better alignment. If we own solid companies that produce consistent and growing cash flows, it’s unlikely an administration will harm us long term; the key is to invest in accordance with the proposed policy changes that arise. If we select strong, well managed companies, then we expect them to also adjust to the new political and regulatory environment.

With a Democratic president and a split Congress, we can be assured that sweeping regulation changes are less likely to occur. What does this mean for investors? Well, since 1950, the average annual stock return for the broad S&P 500 stock index was 17.2% under a split Congress, according to LPL Financial. It falls to 13.4% when Republicans control both the House of Representatives and the Senate and drops further to 10.7% when Democrats control both chambers.

Naturally, we’re tracking many of the possible changes in the companies in which we invest in order to seek out opportunity for the next few years. The shift might present some great buying opportunities, and our job is to do our best to analyze if any such opportunities match your planning needs.

The major thematic tailwinds such as low interest rates, low tax rates, and large government stimulus programs seem to be intact for now. It’s hard to believe we’d have a major tax overhaul in the near-term unless something changes in Congress. Improved US-China relations may also become a boost for stocks, but we’ll see how this plays out. The biggest obstacle we see in the near-term is not political at all, but rather a market-based challenge: high valuations. The tremendous run up from March lows has placed some stocks at rather lofty valuation levels, meaning their stock prices are not easily justifiable relative to their real earnings. We’re navigating these waters carefully and are doing our best to split the difference between prospects for growth and the need for safety.

The Biggest Risk – Shutdowns and Fear

The biggest investment risk by far is the potential for additional Covid shutdowns. It’s difficult to quantify this risk because of the many variables involved. For example, will it be a few cities, some states, or nationwide? Two weeks, four weeks, six weeks? How much government stimulus will be issued to offset the disruption, and how will federal injections happen? While various potential options have been floated as a ‘possibility’ if the virus numbers continue to climb, we still struggle to contend with the variables countless. As a result, we believe the best action continues to be owning the highest quality companies, most of whom are ‘essential businesses’, and let them work through any temporary setbacks that may occur. We recognize this could create added short-term volatility if shutdowns happen, but again, we feel that investment opportunities would be created for long term investors. This is essentially what happened in March at the outset of the last shutdown. This said, we see the likely outcome as select shutdowns in hot spots, and an eventual return to normalcy by mid-2021, as has been our stance for some time. From now until then, we fully expect many twists and turns in the story.

In addition, new vaccines and therapeutics may reduce the amount and duration of future shutdowns. We expect the new vaccine Pfizer released, along with some other company vaccines, to begin entering into the system before year-end. By the time Biden takes office, it’s very possible that effective vaccines become more available. We expect full availability by mid 2021 or before. This should benefit the economy and investors alike long term.

Elections have many consequences. In the long term, they can and will shape many areas of our economy and life. However, usually it takes time for policies to be enacted and to work through the system. As this occurs, the companies we invest in will adjust, and we’ll also adjust portfolios as needed. We’re constantly looking at how new information may affect the companies we own and are always ready to adjust as needed to ensure your investments are aligned properly with your long-term planning needs.

As of this writing, the equity markets are reacting very favorably, with the S&P 500 up almost 7% since 11/2 (intraday, November 10th). With election results and the successful Pfizer vaccine news starting to sink in, the biggest unknown variables are decreasing. As the markets absorb this new information, the certainty level of possible outcomes increases. With a split Congress, the market assumes many ‘extreme’ changes in regulations become very low probability, while the possibility for add-on stimulus has increased.

The combination of events we’re seeing unfold provides us added confidence in owning some companies that had been at risk of major regulatory changes by the government. For example, a company such as United Health is now less likely to face headwinds from a healthcare overhaul. Lockheed Martin is less likely to face massive budget cuts. Google is less likely to face anti-trust law pressures. Big changes may still be coming, but for now, the market appears to feel more confident about fewer regulatory changes occurring over the next four years. As we’ve echoed during every pre-election article, post-election certainty is usually a positive for the markets regardless of the results.

We hope this summary of events is helpful to you. A presidential election is an emotional minefield. Some voters are devastated while others are elated. The freedom to choose is accompanied by the burden of disagreement. It’s unrealistic to believe that we’ll all see eye-to-eye, but I hope we can commit to caring for each other nonetheless. 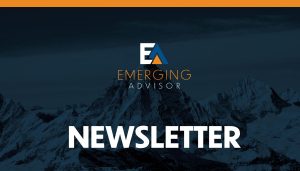 Having a practice capable of operating like a well-oiled machine is crucial to your success but it isn’t enough if you don’t have sufficient numbers of people eager to receive your advice! 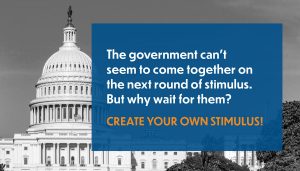 Create Your Own Stimulus!

The pandemic rages on, lockdowns are being announced all over the country, and jobs are being threatened again. Meanwhile, the government can’t seem to come together on the next round of stimulus. But why wait for them? 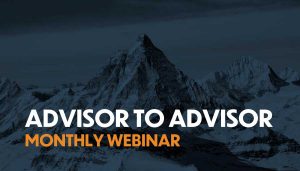 Here are some great take-a-ways from our last two webinars. 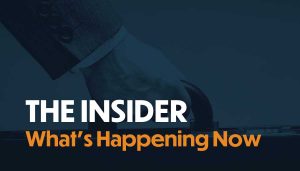 What Does a Biden Presidency Mean for the Markets?

With the election behind us, it’s clear that we’re still very much divided as a country. With a new president-elect chosen, we’ll focus on one question so many of you are considering: What does a Biden presidency mean for the markets and our investments?

Sharing proven strategies for financial advisors to maximize time, profit & freedom. The co-founders of Emerging Advisor, a practice management & marketing company, Scott Dougan and Sean Lee teach others about how to improve their financial advising practice one step at a time.

Yes, I Want to Grow My Practice

Align Your Marketing Perception With Reality

Newsletter January 2022: Business Builder: What Can A Billionaire Teach Us About a Wealth Mindset?

You've Made a
Great Decision!

(Watch Your Email for More Info)

Provide Your Details Here
and We'll Get Things Rolling